New updates are being added to the bottom of this story…

Even the tiniest of apps are no stranger to bugs and issues that may arise due to changes to the app itself or to the platform they run on. And MIUI is a full-fledged OS, so making it completely bug-free is a near-impossible feat.

Historically, with every major update, Xiaomi’s Android skin has seen the introduction of new issues as well. We have tracked these on our dedicated bug trackers for MIUI 12, Xiaomi Android 11, and MIUI 12.5.

However, MIUI 12 was a particularly bad update when it came to the number of issues and performance woes plaguing it. Things took a turn for the worse when it was merged with the Android 11 code.

After a period of obsessing over feature additions, Xiaomi finally opened its eyes and promised to prioritize optimization over everything else with upcoming updates.

MIUI 12.5 was a product of this initiative and was claimed to improve performance and efficiency by reducing CPU usage by 22% and prioritizing gesture rendering.

However, the update is now being run by most of the eligible devices, which although have seen notable improvements in stability, continue to face lags and other problems.

Xiaomi thus decided to up the optimization game and has now announced “MIUI 12.5 Enhaced Edition” with the sole purpose of making your device run better than ever before. It delivers no new features.

2. Focused algorithms: Our new algorithms will dynamically allocate system resources based on specific scenes, ensuring a smooth experience on all models. MIUI 12.5 Enhanced Edition will be released on August 13 in China and will be delivered to Xiaomi’s premium devices. These have been listed below.

There hasn’t been any indication of a global release yet but we would probably be seeing it soon anyway. There’s also no evidence currently about devices other than the ones given above being eligible for the MIUI 12.5 Enhanced Edition update.

Nonetheless, judging from past patterns, it is likely that new bugs and issues will be reported as the MIUI 12.5 Enhanced Edition update rolls out to device variants outside of China.

We will keep track of such bugs and issues reported by MIUI 12.5 Enhanced Edition users and update this article regularly to reflect them, so stay tuned.

Due to this, more and more peeps are beginning to think that the problems are in fact hardware-related. After all, it was promised earlier that a future update will be fixing the problems.

While we are yet to come across an official acknowledgment, we suggest disabling Memory expansion as it can sometimes get heavy on the resources.

04:05 pm (IST): Poco has halted the rollout of the MIUI 12.5 update for the Poco F3 due to the random reboot bug. A repaired version will be released on September 15. More details here. 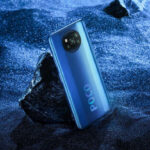 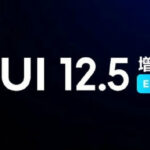