Hulu is one of the most popular streaming services competing with the likes of Netflix, Amazon Prime, and Disney Plus.

But unlike other video streaming services, Hulu focuses on providing a large collection of running TV shows instead of expanding its movie library.

Moreover, the company is now offering users the choice to select from services such as Showtime, HBO, Cinemax, Disney Plus, and many more as paid partner add-ons. Having said that, the service also offers a ‘Keep Watching’ feature that lets you manage your watch history. The feature can be accessed from the app’s Home screen.

This is a pretty neat way to let users resume whatever they were watching. However, users are now complaining that ‘Keep Watching’ was moved to the bottom of the home page.

Many say that the first row is now replaced by ‘TV for You’ and ‘Movies for You.’ Hulu shifting the Keep Watching feature to the bottom of the home page has surely made a lot of users unhappy.

It used to be that I’d open the app and the latest ‘must watch’ show would be at the top then the first menu I could select from was “Keep Watching” which is very convenient when you just want to watch the latest episode of a new show or one you’ve been bingeing.

Some say they have to scroll 5 rows to find the feature, and that Hulu is hell-bent on recommending them new stuff instead of giving subscribers the option to customize the layout.

If you are unhappy with the changes Hulu recently brought to its service, we have a workaround for you in case you are running Hulu on an Android-based device.

The company recently updated its Android app with new widgets that includes a ‘Keep Watching’ widget. As expected, if you tap anything in the widget, the Hulu app will resume whatever you were watching. While this is really great addition to the existing set of features, we think Hulu should let users choose how they want their menu to look on the home screen or revert the changes they made.

In the meantime, you can give the workaround a try to ‘Keep Watching’ your favorite content on Hulu.

Note: We have more such stories in our dedicated Hulu Section so be sure to follow them as well.

Adobe aware of Photoshop v22.5 issues with Neural filter, fix in the works (workaround inside) 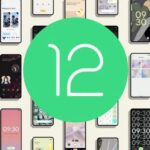