Ghost of Tsushima is one of the best action-adventure games of all time. It is developed by Sucker Punch Productions in partnership with Sony Interactive Entertainment.

Unsurprisingly, it is exclusive to the PlayStation 4 and PlayStation 5. The story follows the journey of a samurai called Jin, whose world is shattered after the Mongols defeat the Samurai forces.

The developers recently released Ghost of Tsushima Director’s Cut on the PS5, which includes the Iki island expansion pack and some physical content. If you own the PS4 version of the game, you will have a couple of options at your disposal on how to transfer your data to the PS5 version.

Players who already have a save game on the PS4 can either transfer their progress to the PS5 or start over.

Having said that, many players have already completed their game on the PS4. Naturally, they wanted to make the transition to the newer console. However, players are now reporting that they encountered a bug when transferring the progress from PS4 to PS5.

According to reports, Ghost of Tsushima Directors Cut players say their Legends progress is lost after transferring the save from PS4 to PS5.

Migrating the save game multiple times doesn’t seem to be helping either. This is really a bummer since many players won’t be taking up the daunting task of completing the game from the start just for the Director’s Cut.

Me and my friend lost both our full legend progress but kept our Story progress,any chance of fixing this?(Source)

@SuckerPunchProd Hi, my legends save data is gone when I downloaded the PS5 upgrade. I uploaded my ps4 save & my single player data is fine, but when I enter legends all my progress was deleted. I don’t see the legends trophies popping up on my ps5 version either.
(Source)

Moreover, some users reported that they lost some of their progress when they migrated over to the Director’s Cut on the PS5.

Sucker Punch Productions is yet to acknowledge the issue. In the meantime, some players have found a solution that involves physical access to a PS4 and a PS+ subscription.

In short, players will need to access their PS4 save if they want to transfer their progress over to Director’s Cut PS5.

We hope the developers fix the Ghost of Tsushima Legends data progress lost bug so players who cannot use the aforementioned workaround can make the transition from PS4 to PS5.

IST 10:03 am: Weeks later and it seems as though this issue continues to afflict players of Ghost of Tshushima.

IST 06:40 pm: The team behind Ghost of Tsushima’s Twitter handle has also suggested that you may need to re-transfer your save from the PS4 to the PS5 in case your Legends progress is missing.

If you’re missing Legends progress after a PS4 transfer, you may need to re-transfer your save. There’s a second prompt asking about Legends- make sure you select Yes here. (Source) 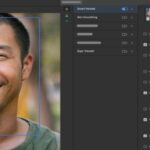 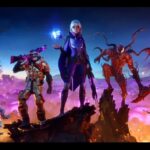