Optus today suffered a widespread mobile and internet services outage with users in several cities across Australia experiencing problems for quite a few hours.

Complaints of an outage began flowing in just before 10:30 AM AEST. Some of the affected cities include Sydney, Brisbane, Melbourne, and Canberra.

And it’s not just internet and mobile services that were affected as the carrier’s website, network status page, and even app were also briefly down.

Thankfully, Optus confirmed the issues within an hour saying that they were “aiming to restore these services as a priority.” This was followed by another tweet saying that all services had been restored.

However, as it stands, the outage has still not completely subdued. Complaints about internet connectivity issues on 4G and 3G networks have continued even after several hours.

@optus my phone is still down is there still an outage?
Source

Optus nbn went down for me last night, was working this morning, now down again (inner NW Melb)
Source

Is @Optus still down. I want a damn refund. Not paying for this shit.
Source

Now, as you can see from the acknowledgment tweet given above, Optus did state that the issues with 3G have still not been completely resolved.

But there clearly are quite a few people on the 4G network still having to deal with the outage even though Optus says that it has been resolved.

Thankfully, the telco has now issued another acknowledgment about the continued network issues saying that their team has identified the issue and aim to resolve it as soon as possible.

Thus, for now, there is nothing left to do other than waiting for the services to be restored for good this time, which should hopefully not take much longer.

IST 04:05 pm: Optus support has acknowledged the issue where the incoming calls and SMS services are affected for many customers. However, no ETA has been provided in the acknowledgement.

Hey Drew, We’re aware of an issue impacting incoming SMS and calls for some Optus customers (Ref#23914689). We are working to restore services as a priority. Our apologies for the ongoing trouble with this. Rob
Source

IST 01:55 pm: According to recent reports, Optus is aware of the outage due to which several customers are not receiving SMS and a fix for the same is being looked into. However, there is no ETA for the said fix.

Hi Ryan, we are aware of an SMS issue (ref 23931095) impacting some Optus customers. There is no estimated restoration timeframe yet, however our teams are working to resolve this as soon as possible. We sincerely apologise for the inconvenience caused. Serena.Source

IST 04:05 pm: Optus now says that this is a known issue and the company now advises affected users to stay put as they’re working towards resolving this problem.

There’s currently a known issue impacting some Optus NBN services (ref: 24005391). Our Networks team are aware of this and are aiming to have this resolved as soon as possible. Apologies for the inconveniences caused. Zac
Source

IST 05:00 pm: Optus customers have taken to Twitter to report that the service isn’t working. Fortunately, users can find some solace in the fact that the carrier is aware of an outage in the area and is working to restore the services as soon as possible.

Hey Komrade, were you located in NSW? If so, we’re aware of an NBN and Mobile issue (24101125) impacting NSW customers and our Tech team are working hard to restore the services as soon as possible. Apologies for any inconvenience caused during this time (Source) 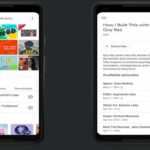 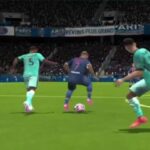