[Updated: Sep 7] Chivalry 2 issue with frequent crashing on PS4 & Xbox One gets acknowledged

Inspired by multiple epic medieval battles, Chivalry 2 is a first-person multiplayer game. It is the successor to the widely acclaimed Chivalry: Medieval Warfare that came out in 2012.

The game has received positive criticism from both critiques and players alike. While it had a smooth start, it looks like updates to the game have caused a great deal of mess.

Some time ago, we reported about the matchmaking not working and pre-order currency missing glitch. Adding to the list is the Chivalry 2 crashing issue. According to user reports, the game is crashing multiple times users play on the new maps when playing Arena.

The crashes are mostly reported by Xbox and PlayStation users, indicating that it is limited to consoles right now.

Players seem to be really frustrated since Chivalry 2 does not seem to be saving the game state.

Chivalry 2 was a great and fun game when you ignored the issues but now it’s become literally unplayable with how much it crashes and with all the new bugs that have come up with this new update is horrendous, I loved this game and I still want to play this game a lot but it’s just unbearable relaunching the game every ten minutes.
(Source)

I love the new map design and how large scale the battle but I have literally never been able to complete a match on it before my game crashes. Is anyone else getting this? I play on Xbox if that makes a difference.
(Source)

Chivalry 2 developers have acknowledged the crashing issue on Xbox and PlayStation and said they are working on fixing the same.

The developers said they will soon push a patch that will fix multiple issues affecting the gameplay experience.

We hope they do so as soon as possible since Chivalry 2 is currently unplayable for many right now.

01:25 pm (IST): Chivalry 2 on Twitter has confirmed that a few updates have since been made, targeting to improve the stability of Xbox One, One S, and One X players.

Similarly, PS4 crash fixes are said to be coming soon, as well as more fixes. Some of these are outlined in the following snippet. 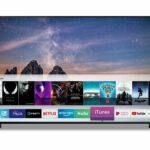 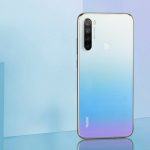