Google aware of issue with 'turn off all the lights' command not working for some Home/Nest users, fix may take a few days

Google Home and Nest devices have a troubled history when it comes to voice commands. Unrecognized commands and errors are extremely common and there doesn’t seem to be any respite even after years.

There are also complaints about the quality of voice recognition that has deteriorated over time and even cases of Google allegedly changing its command syntax.

A quick scroll through the Google Home subreddit (r/googlehome) will lead you to multiple reports from both Home and Nest users about the many issues they have to put up with.

We have been keeping track of such problems here at PW and you will definitely come across an issue that you face and a solution for it, if any, on our dedicated section for the same.

As if the existing set of issues weren’t enough, a new one has popped up now. In this one, the Google Home “Hey Google, turn off all the lights” command is not working properly anymore and fails to trigger the usual actions.

Instead, the “all lights” command now only works for lights in the room that the user is in at the time, for both the turn off and turn on commands.

Normally, the ‘turn off all the lights’ command should obviously turn off lights for all the connected lights in the house, just as the command implies.

Thankfully, a Google employee on Reddit has now acknowledged the issue where the ‘turn off all the lights’ command is not working on Google Home and has said the following about it:

Turns out that the change is deliberate and Google is now working on rolling it back after taking note of all the negative feedback. The rollback will take a few days though so just hang on for now.

That said, you will also be pleased to know that Google is working on a Home web client for new Nest Battery Cam and Nest Doorbell Battery to finally enable desktop support. More on that here. 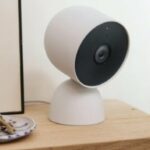