Vodafone Australia does not offer as many devices as some other carriers in the country, however, there are a few phones and tablets from by the carrier that are expected to get the Android 11 update. Before checking the list of eligible devices, let’s take a look at a few details surrounding Android 11.

Google has been releasing new versions of Android for the last few years at its Google I/O event. But citing the Coronavirus outbreak, the company canceled the in-person event this year. The search giant then released the first Android 11 beta update with a brief announcement on Reddit.

Not much after, OnePlus also went ahead and released the Android 11 developer preview build for the OnePlus 8 and 8 Pro. Following which, OEMs such as Oppo, Xiaomi, and Realme also announced their Android 11 beta programs and released the beta for their flagships too.

At present, Google has already released the Android 11 beta 3 update for eligible Pixel phones. Thus, we can expect to see the stable Android 11 version to be released soon. And on that note, it’s now time to check out the list of Android 11 eligible devices from Vodafone in Australia.

Over the past few years, OEMs have adopted an OS update cycle for all their devices and have stuck to it so far. Most major Android vendors release 2 OS updates for their devices. Although, Samsung surprised us all and announced that it will be releasing 3 major OS updates, at least for its flagships.

However, OEMs such as OnePlus and Google have already been pushing at least 3 major OS updates for their devices. Which is why the OnePlus 6 is also expected to get the Android 11 update.

So taking past trends and OEM update cycles into account, we’ve curated a list of phones and tablets offered by Vodafone Australia that might get the upcoming Android 11 update.

These are the devices offered by Vodafone Australia that we expect might grab the update to Android 11. But it’s worth pointing out that this isn’t an official confirmation from the carrier. Thus, it’s possible that a device mentioned here may not receive the update for unknown reasons at the time of writing this.

Further, it’s also possible that a device(s) not mentioned on the list may get the update. It’s also too early to provide an ETA for the release of Android 11 on any of the phones listed here.

But as always, we do expect to see the update to arrive on the eligible Google Pixel phones first. In order to help you keep track of the rollout, we’ve created Android 11 update trackers for OEMs such as Xiaomi, Vivo, Huawei/Honor, OnePlus, and Realme.

05:45 pm (IST): Vodafone has begun seeding the update to Android 11 alongside One UI 3.0 to the Samsung Galaxy Note 20 and Galaxy Note 20 Ultra in Australia. Head here for more details.

12:45 pm (IST): Vodafone Australia has updated its software update tracker when it has listed that the testing for Android 11 has been scheduled for the Samsung Galaxy Z Fold2 5G.

05:55 pm (IST): New developments indicate that the Android 11-based One UI 3.0 update is rolling out for Samsung Galaxy S10, S10+, and S10e models from Vodafone in Australia. It bears the build number EUA4 and also carries the January security patch.

12:02 pm (IST): The One UI 3.0 update has been released for the Vodafone variants of the Samsung Galaxy S20 FE in Australia according to the SamMobile’s database.

05:49 pm (IST): According to Vodafone Australia’s software updates page, the Android 11 update is currently being tested for the Samsung Galaxy A51 4G. It’s likely that the update will go live in the next few weeks.

05:40 pm (IST): As per the Vodafone Australia software updates page, the status of the Android 11 update for the Vodafone AU Motorola Moto G8 4G has been listed as Testing in progress.

03:22 pm (IST): The Vodafone Australia Oppo A91 4G is allegedly testing the Android 11 update as per this source. Do keep in mind that the phone has been mistakenly listed as the Oppo R91.

07:10 pm (IST): According to Vodafone Australia weekly software update wrap, Samsung Galaxy A30 4G is expected to get the Feature Android 11 update soon whereas the same is currently under testing for Samsung Galaxy A11 4G. Poco F1 update support has likely hit its end of life at last - no MIUI 12.5, but custom ROMs are here to save the day 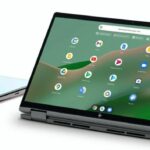