Realme 8 Pro AOD bug where time is stuck (not changing) to get fixed soon, says support

AMOLED displays have been slowly creeping into the budget segment and have thus become more popular than ever before.

They are popular because they support always-on displays, in addition to deep blacks, vibrant colors, and enhanced sunlight legibility.

For the uninitiated, the AOD technology provides users with useful information and notifications without the need for them to touch the device at all.

This has a negligible impact on battery life owing to AMOLED displays’ ability to turn certain pixels on the screen off completely when displaying blacks. Anyway, Realme UI 2.0 has some of the most sophisticated and customizable always-on display options on any Android skin, allowing one to create fabulous arts with just a simple touch.

This feature, unfortunately, hasn’t been working properly on the Realme 8 Pro and there have been several complaints on the Realme Community and Twitter about it.

There is a major issue of not refreshing of time in always-on display. Plz fix this issue as soon as possible with an update and also give the option of customization of always on display.
Source

As clear from the above complaints, the time on the always-on display of the Realme 8 Pro suffers from a bug that causes it to get stuck at the very time the AOD starts.

The only way to reset the clock is by unlocking the device. That doesn’t really fix the problem though as the time gets stuck again with the very next screen lock.

The bug seems to have made its way with the recently released July security update, as all of the reports about the issue are fairly recent.

While there doesn’t seem to be any workaround available for the stuck AOD time issue on the Realme 8 Pro at the moment, the bug has now been acknowledged.

Realme India Support on Twitter said that their team is working on the problem and will release a new update to fix it soon.

An ETA wasn’t given but it’s safe to assume that a fix will be released as early as with the next OTA, given that the bug is pretty minor. 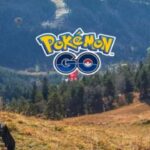 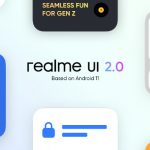