It is, therefore, expected that the smartphone cameras get just as much love from the OEM as any other aspect of the device. Asus’ ZenFone 7 devices caused quite the stir when they launched back in 2020. They continued the trend of having a swiveling mechanism on the cameras, essentially allowing users to have the same main sensors become selfie shooters.

This allows users the flexibility of having high-quality selfies from their devices as they can now take advantage of all the device’s lenses, not just a single selfie camera.

However, this hasn’t always been the case for ZenFone 7 users. This, as they’ve been complaining of issues with the camera quality and performance.

An Asus community forum admin has come out to clear the air surrounding this matter, noting that the company is working to improve the camera algorithm for the ZenFone 7. Camera imaging issues have been adjusted in previous versions, and some users have been positive after each adjustment, but still can’t satisfy all users.

In order to solve a variety of photo-related problems at once, we have completed user interviews in early May, the camera department has started to modify the algorithm based on the results of the interview, so that the image quality can be more in line with most people’s tastes. Please give the developer some time to modify and verify, thank you.
Source

The company further adds that it carried out a survey on a total of 20 users who had previously responded to photo questions at the forum.

The interviews have been concluded and the resulting suggestions forwarded to the development team for further consideration towards the optimization of the ZenFone 7 camera in the future. These enhancements will be based around the following aspects that were brought forward in the survey.

Users are further advised to continue bringing forward their suggestions and recommendations as optimizing the camera performance is an ongoing process.

We shall continue to keep an eye on these and many more. You might, therefore, want to stay tuned to our dedicated Asus section for more. 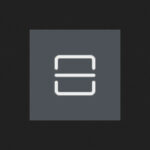 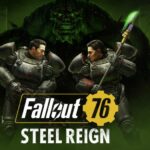