Despite the launch of the ROG Phone 3 and ROG Phone 5, the Asus ROG Phone 2 still remains one of the best gaming smartphones to date.

Thanks to the powerful Qualcomm Snapdragon 855+, the phone is able to run all the latest games at high-quality settings.

Released in 2019, the phone came with Android 9 out of the box and was updated to Android 10. From time to time, the ROG Phone 2 receives security updates with bug fixes, new features and optimizations.

The June update brought in new features along with VoLTE support and fixed several bugs that had been ruining the user experience.

Having said that, the update also introduced some bugs. One of the most annoying issue Asus ROG Phone 2 users have to face is that their microphone volume has drastically reduced after the June update.

Be it normal voice calls, discord, or video calls, users complain that they are barely audible to the people on the other side.

Hi since I updated my phone to the latest version, I’m starting to have a problem regarding to the mic. How can I fix it? Asus Rog phone 2
(Source)

While some say that their microphone works normally when on voice calls, the majority of users are frustrated that the update broke a basic functionality of the phone.

Since then, Asus has acknowledged the issue and said that they will soon fix the low mic volume issue on the ROG Phone 2.

According to an Asus community moderator, there is still no ETA on when the fix will see the light of day.

We hope the ROG Phone 2 low mic volume issue is fixed in the next update since thousands of users are unable to use their phone to perform the most basic task i.e. voice calls.

Note: We have more such stories in our dedicated Asus Section so be sure to follow them as well.

[Update: Not working again] Yes, Patreon is down or offline currently (at least the website) 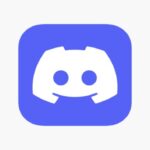 Tired of Discord Sticker suggestion pop up? Here's how to disable or turn off