A few days ago, we reported that watching Dolby Vision content on Roku devices causes flickering after the Roku OS 10 update.

Lately, Apple TV 4K owners are also facing the same issue when it comes to Dolby Vision. Users say they are unable to watch Dolby Vision content without the screen flickering every now and then.

The flickering bug was rampant after users updated to the LG C9 5.10.04 firmware.

According to reports from various users, when viewing Dolby Vision content on the Apple TV 4K, it fails to produce a stable image and sync the Dolby Vision signals.

Having said that, the flickering issue is only visible when you connect the player to an AVR. When the player is directly connected to the TV, you can watch Dolby Vision content normally without any issues.

Fortunately, LG was quick to acknowledge the issue and said it was working on an update that will fix the flickering issue.

I have informed LG of the C9 Dolby Vision issue caused by the latest firmware update version 05.10.04. They are aware of the situation and are preparing a firmware fix which will be released soon. (Source)

But not much after, LG C9 owners say that the update did nothing to solve the flickering issue affecting the premium TV lineup.

Currently, LG C9 owners are split over the issue. While some say the flickering is no more, others say it is the same as before.

For others, the intensity of the flickering problem has reduced, but the issue is still persistent.

Judging by the number of reports, it looks like the update is only working for some users.

Is the Dolby Vision issue still bothering you after the LG C9 5.10.15 update? Let us know in the comments down below! 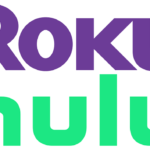 Hulu not working (loading or playing) issue on Roku players after Roku OS 10 update may have been fixed, as per some users