If you’re an avid streamer of content from the likes of Netflix, Prime Video, Hulu and other services on your Android smartphone, you happen to be a beneficiary of Widevine’s DRM.

For the uninitiated, Widevine is a Google-owned encryption framework for digital rights management (DRM). It’s used by multiple streaming services and content creators for security purposes.

Content streamers use Widevine technology to securely deliver content to users while ensuring the malicious lot won’t make a fortune out of re-selling unauthorized copies of their licensed or paid-for media.

There are three levels to the security that Widevine provides. Level 1, as you may have guessed, is the most secure of the trio; followed by Level 2 and Level 3. These security levels are often abbreviated as L1, L2 and L3.

Today, most, if not all flagship Android smartphones support Widevine L1 security level out of the box. There are a few others in the midrange and even select budget sets that support L1 encryption.

Android devices that come pre-baked with the high-end L1 certification present owners with one major benefit — ability to stream content from Netflix, Prime Video and others in HD (720p) and FHD (1080p) quality.

Budget devices often come with L3 certification, meaning the quality of streams is below HD, usually in the regions of 480p. On huge 6-inch displays, the full-screen watching experience is undoubtedly terrible. But hey, you get what you pay for.

What if you pay a premium for a device that supports Widevine L1 yet, for some reason, it ends up on L3 certification often after bad software updates? It becomes a concern.

The concern becomes even bigger when this trickles down into a reoccurring issue not just on one, but multiple devices from various Android vendors.

We have documented multiple cases of devices from various Android vendors suffering from the Widevine L1 issue. Google itself has had to recently deal with Widevine-related issues on the Pixel lineup.

There have been similar reports from users of various Oppo devices such as the Reno 10x Zoom, Find X2/X2 Pro as well as OnePlus 7/7T, OnePlus 8 Pro, and OnePlus 8T.

Perhaps the most affected vendor is Xiaomi, whose devices have always been experiencing the Widevine L1 to L3 downgrade issue at some point.

By now, it’s highly possible Poco F1 (Pocophone F1) users might have grown tired of this issue. They aren’t the only Poco users affected though, as the issue also surfaced on Poco X2 and Poco M2 Pro not long ago.

Owners of the Mi Note 10 Lite, Redmi Note 9S and Redmi Note 9 Pro have also been waiting for a fix for the Widevine L1 issue.

Devices from the likes of Asus and Motorola are also not immune and so are some Samsung Galaxy devices, most notably the Galaxy Note 10 Lite following the update to One UI 3.1.

What usually happens is that a bad software update ends up downgrading the certification from L1 to L3, meaning content streaming is limited to SD quality.

Given that this issue showed up on affected devices after a software update, a similar update should patch it. But for some reason, Android OEMs have been unable to deal with this for as long as I can remember.

I get it. Reverting a device back to L1 after it drops to L3 isn’t such a straightforward thing. We saw a case where OnePlus 5/5T devices required to be sent back to OnePlus in order to securely add Widevine L1 certification.

We have good news for you on this, we’ve just rolled out a program to update OnePlus 5 and OnePlus 5T handsets. Due to the security processes involved with updating the devices, we can only deliver the update via a physical connection from an authenticated PC. If you are interested in this update, please contact our CS team for more information. We’re covering the courier costs for OnePlus 5 and OnePlus 5T customers who would like the update, as you will need to send your device to us to update.
Source

Asus also asked ROG Phone 3 owners to send in their devices to be restored to L1, but the fact that the company was later able to push a software-based fix means others can possibly do it as well.

And indeed, OnePlus, as seen in the screengrab below, knows a thing or two about OTA-based fixes for DRM-related issues on its devices. Up to this point, we can both agree that badly-written software is usually the trigger that drops Widevine from L1 to L3. And devs can address this by focusing more on this aspect when reviewing software before rolling it out to make sure it works fine.

For the long-standing cases, especially from Xiaomi, again, the company needs to play its part and address the issue accordingly, once and for all.

It’s annoying when device owners have to complain about the same issue for such a long time when something can be done about it, only that someone is choosing not to.

When you pay a premium for any phone, the least you expect is for the vendor to provide proper aftersales services. It’s a shame that some of the biggest tech companies with some of the brightest minds on their books are making such a basic mistake, and that too repeatedly.

It’s hard to fathom such a critical feature in times when content streaming is on a record high gets broken and neither development team nor the testing team takes note of it.

Heck, the fact that this issue reoccurs every other time shows the kind of aftersales services many Android vendors offer, including the big boys like Samsung, Oppo, Xiaomi and even Google.

Hopefully, this changes sooner than later and for the better.

As always, we will be following up on all major Widevine L1/L3-related issues on various devices and update you guys with the latest developments.

Meanwhile, drop us a comment with your thoughts on this topic. A Twitter poll is also live for voting, so be sure to check it out.

Have you experienced Widevine L1 to L3 downgrade issue (can't stream in HD/FHD) on your Android phone after a software update?

NOTE: This article will be updated after a week with the Twitter poll results.

The results for the poll are out. Majority of those who voted (over 64%) said ‘Yes’, while close to 20% said they ‘never’ experienced the Widevine L1 to L3 downgrade issue on their Android phone after an update.

If you missed the poll, we encourage you to share your thoughts in the comments section at the bottom of this page. 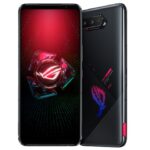 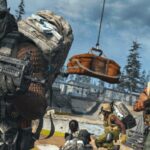