Millions of users across the globe use Android phones. These smart devices have so much to offer and in a bid to get their cars connected to their devices, many of these users often buy cars that come with Android Auto, or upgrade their cars to head units that run Android Auto.

The integration between the two is pretty good as it allows users to have access to maps on their cars’ screens, stream music, and make calls, all through a refined UI optimized for driving.

Sadly though, there seems to be a long-standing bug that’s making operations by a section of users a little unbearable. From as far back as 2019, there have been reports of Android Auto ‘disconnecting after your phone battery reaches a sufficient charge level’.

According to affected users, the Android Auto connection to their Android devices is fine as long as their devices are a little low on charge. The issue begins when the devices get charged up and approach their full limit.

In late 2020, we saw Google finally coming out to acknowledge this issue, noting that they have received enough bug reports and that they’re working on a fix. Thanks to those participating on capturing a bug report. We’ve reached out to you via e-mail with the instructions, please reply directly to it. We have hit the number of participants to collect bug reports, so please check back on this thread for further updates. Thanks!

Our team is working to address the issue where Android Auto is ‘disconnecting after your phone battery reaches a sufficient charge level’. Please feel free to open a new thread if you’re experiencing a different issue.
Source

Several months later and still, the same thread remains active with reports from users who are still facing the same issue with Android Auto disconnecting after the phone battery reaches a ‘sufficient charge level.’ See, Google has a pretty decent track record when it comes to addressing user-reported bugs and issues. This makes it very confusing when such a widely reported issue remains unattended to 7 months after acknowledgment and years after initial reports.

Its been almost two years since the first post and almost 6 months since your last response! How about an update?

We shall continue to keep an eye on this and update as and when we get more info so stay tuned to our dedicated Google section to be first to know when the company finally addresses this issue. 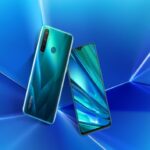