However, it is typical of major OS updates to bring along several bugs and issues which gradually come to light.

While users of the ZenFone 6 did not report about any major issues or bugs with the latest OS update, the OEM has now released a new Android 11 update for the device in question.

The incremental update brings along several bug-fixes and VoWiFi support for the CSL, 3HK, Smaetone, and CMHK networks in Hong Kong.

1. Fixed that the hotspot cannot be set to Chinese.
2. Fixed that the scheduled charging time would be changed after setting
3. Modify the display bar issue.
4. Enabled VoWIFI on CSL/Smaetone/3HK/CMHK (Hong Kong)
5. Fixed the Wifi connect issue for the Nintendo Switch.
(Source 1, 2, 3, 4, 5) It must be noted that the Indian ZenFone 6 variant has had VoWiFi (WiFi Calling) support for almost a year while more regions bagged the same back in July 2020.

It is good to see that the OEM is fine-tuning the latest OS update for the ZenFone 6 this early after the stable rollout.

This is simply because Android OEMs usually take some time to release such incremental updates unless a major issue occurs.

That said, there are still a lot of devices in Asus’s portfolio that are yet to bag the latest OS update.

So, we will keep tracking the development of Android 11 and will provide more details once new information becomes available.

In the meantime, you can check out our Asus Android 11 update tracker to get the latest updates on the topic.

01:20 pm (IST): A section of Asus Zenfone 6 users are reporting issues with their devices following the recent 18.0610.2101.127 update. These users note that they’re unable to invoke the keyboard on their units following this update. Asus says a fix is in the works. More on that here.

NOTE: There are more such stories in our dedicated Asus section so be sure to go through it as well. 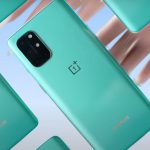 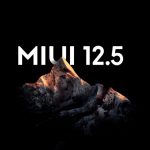